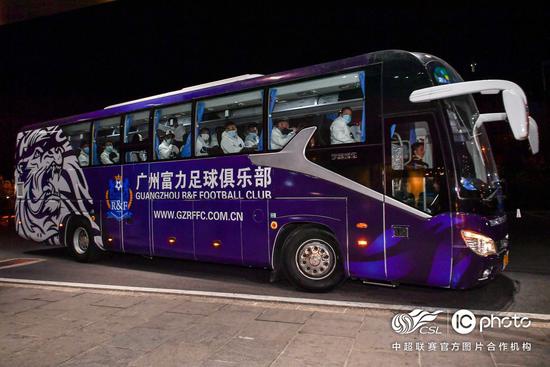 Late at night on October 13, Beijing time, the Guangzhou R&F team arrived in the Dalian Division to prepare for the 19th match against Qingdao Huanghai Qinggang. R&F goalkeeper Han Jiaqi said in an interview, “The weather is somewhat cold, but the logistics team has made adequate guarantees. The second stage hopes to complete the relegation goal as soon as possible.”

From Guangzhou to Dalian, the R&F team experienced a change in temperature from warm to slightly cold. Han Jiaqi said, “The logistics team told us to bring more thick clothes, so we still need to pay attention to keeping warm.”

In order to play well in the next second stage of the competition, Guangzhou R&F has successively introduced two strong supporters, Adrian and Zivkovic, making the center and frontcourt two more pivots. Speaking of the changes brought about by the two foreign players joining the team, Han Jiaqi said, “After the new foreign players came to the team, they performed very positively. They are currently actively integrating into us. They get along with their teammates very well, and we try our best to go Help them blend in to adapt to the team as quickly as possible."

Speaking of the goal of the second stage, Han Jiaqi said, "The goal is to relegation as soon as possible, complete the team's goal, and strive to move forward a little bit in terms of performance."